Every country has their Old Wives’ Tales and Italy is no exception. Anyone who is familiar with Italian culture knows that Italian Wives’ Tales are serious business.

After living in Italy for four years, and spending my summers here, I have come to learn each and every Italian Wives’ Tale-which by the way are sacred truths and can mean the difference between life and death in some cases. (Ok, not really-but ask any Italian and they’ll beg to differ). Apparently, us North Americans have been committing dangerous acts, such as standing under air conditioners, and swimming on a full stomach-coincidentally dodging death for centuries.

The funny thing about Old Wives’ Tales though, is that most of the time logical and rational people (myself included) know that they are not true. But Italians? Yes, they are logical and rational however, they’ll never underestimate the power of an ancient superstition. I’m passing this important information on to you, in case you find yourself in Italy one day-and want to avoid death. Consider yourself warned!

Never stand near an open window
The medical superstition ‘Colpo d’aria’ meaning ‘punch of air’ is considered very dangerous. The tiniest draught of air that is blown into your face is toxic and could cause anything from a stye to a sore throat or cold, and even paralysis. To protect yourself, always wear a scarf around your neck when standing near an open window or on a particular windy day.

Never drink anything cold
Ice might as well not exist in Italy, and to be honest you’ll rarely (or most likely never) be offered a nice tall glass of anything-with ice in it. Apparently, when your body is warm and you drink something very cold, it is a shock to your system. This phenomenon is called ‘blocco di stomaco’ which will cause severe digestion problems-or possibly death.

Always satisfy a food craving when pregnant
Ever wonder where a birthmark comes from? According to Italians, they appear on a baby’s body when a pregnant mother refuses to give in to a food craving. If you want your baby to be born without a ‘voglia’ meaning craving, just eat everything in sight.

The Evil Eye (Malocchio)
The Evil Eye is one of the most ancient superstitions in Italy. Every region seems to have their own version of the Evil Eye, but some take it more seriously than others. Essentially, it is a curse that has been cast upon you by someone who is jealous or envious of you. The repercussions are drastic and can prevent you from anything from finding true love, to financial stability and health issues. To protect themselves from malocchio many Italians wear an evil eye or horn-shaped charm (the corno) as a necklace for protection.

Never take a bath or shower when you are sick
If it isn’t bad enough feeling under the weather, Italians swear by not taking a bath or shower when you are sick-which means you will feel horrible, and possibly smell horrible too. This superstition goes hand in hand with ‘colpo d’aria’ since walking around with wet hair is simply a recipe for disaster, and of course possible death. 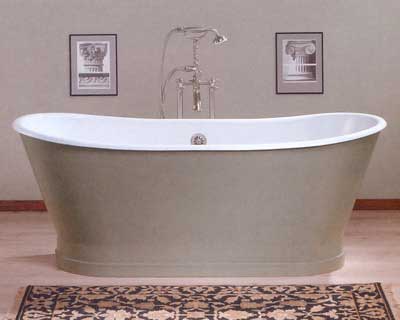 The dangers of air-conditioning
This contraption blows dangerously cold air directly onto you and could therefore cause an extreme case of ‘colpo d’aria.’ Italians will die of heat exhaustion before they succumb to turning on the air conditioner, and even worse, pointing the cold air directly onto their bodies. Any North American visiting Italy, should mentally prepare themselves for the constant heat-and coincidentally, profuse perspiration.

Never go swimming immediately after you’ve eaten
Swimmers, beware. Refusing to wait the recommended 2-3 hour time-frame after eating could result in a severe case of ‘blocco di stomaco’.  The medical ramifications are disastrous and could possibly result in death-and apparently there have been documented cases that prove this.

Never place a hat on a bed
Traditionally, when the sick were on their deathbeds a priest would come to receive their final confessions. The priest would remove his hat and place it on the bed so that he could put on his vestments. Thus, a hat’s temporary resting place is associated with eternal rest. Also, a bed should never face the door because it replicates the position of a coffin in a church.

Become a part of our family. All the recipes delivered straight to your inbox.